Who is the reference group?

Indigenous Peoples and many local communities have important and long-standing connections with their local water bodies. As the impact of climate change deepens, it is increasingly critical to reach these communities, especially as their understanding of water and the environment can offer a more contextualized perspective.

The Group aims to serve as a reference point for indigenous people to mainstream water and land management more effectively in protecting vital ecosystems and their importance for water security and climate change mitigation and adaptation whilst recognizing their aspirations and helping build a platform for better understanding of their relationships to their local waters and the associated obligations thereof. 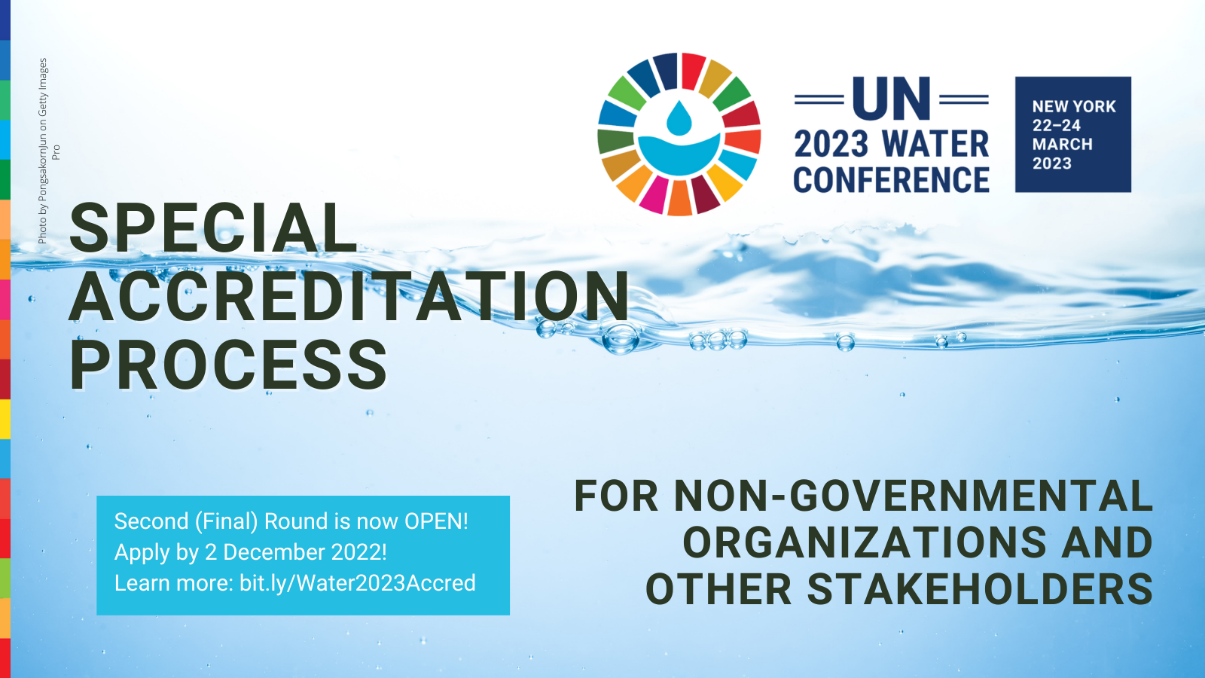 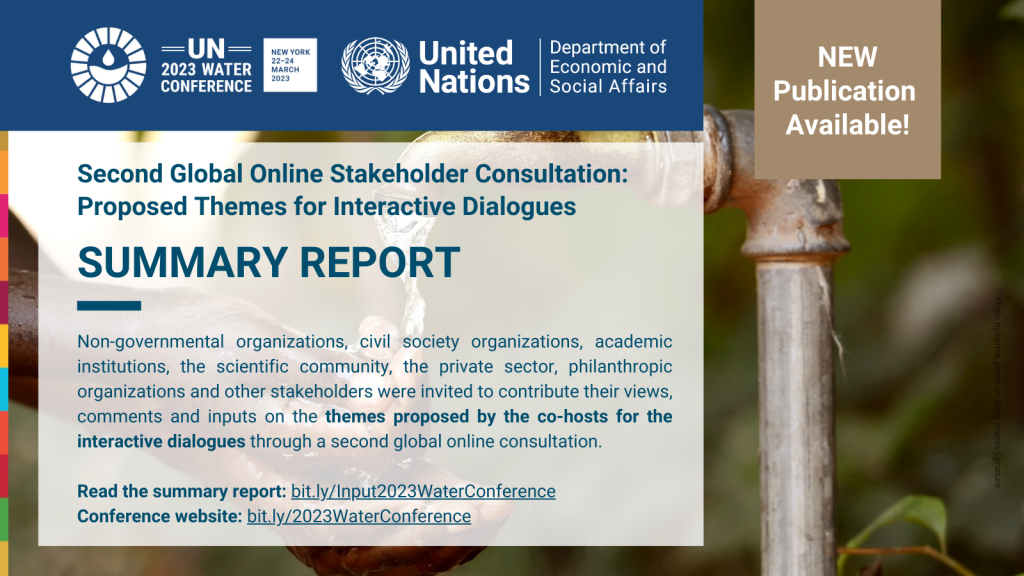 In preparation to the Conference, UN DESA, through its Division for Sustainable Development Goals (DSDG), organized a second Global Online Stakeholder Consultation to compile views, comments and inputs from stakeholders on the themes proposed by co-hosts for the interactive dialogues of the UN.

More than 700 inputs from stakeholders based in more than 70 countries were received.

A summary report with key messages and takeaways from the consultation is now available.

Heads of State, ministers and negotiators, along with climate activists, mayors, civil society representatives and CEOs will meet in the Egyptian coastal city of Sharm el-Sheikh for the largest annual gathering on climate action.

The objective of this Knowledge Dialogue is to create and provide an ethical space of respectful dialogue for learning and knowledge-sharing amongst Indigenous peoples from various regions of North America, and to exchange experiences and lessons learned in the context of freshwater management. 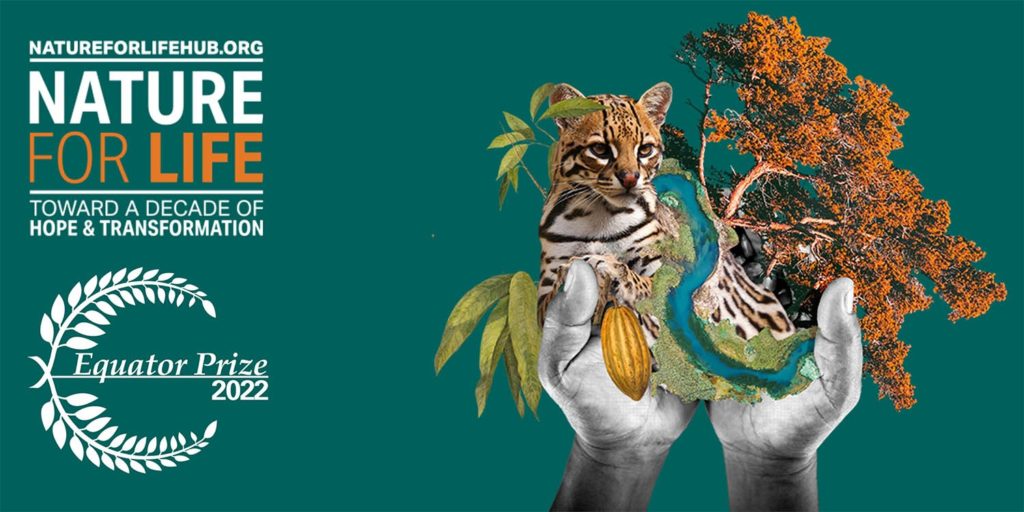 The UNDP Equator Initiative will be hosting the Equator Prize 2022 Award Ceremony as part of the final day of the virtual Nature for Life Hub. The ceremony will celebrate the achievements of the ten winners of the Equator Prize 2022. These outstanding Indigenous peoples and local communities won the prestigious Equator Prize for their groundbreaking work advancing nature-based solutions for green economies, climate resilience, and innovative conservation models.

The Indigenous Peoples and Local Communities Forum is a platform for the indigenous peoples to discuss water and land management, as well as the protection of ecosystems. The latter are of vital importance for addressing water security and climate change. At the same time, the platform will recognize the aspirations of Indigenous Peoples and help build a better understanding of their reciprocal relationships to local water.

Click here for the summary of the Indigenous Forum 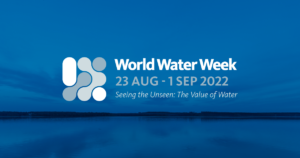 Indigenous peoples have a special role in biodiversity conservation and ecosystem stewardship. This is illustrated in Latin America where deforestation rates are significantly lower in indigenous and tribal territories compared to where governments have formally recognized collective land rights. Such territories are incredibly important for freshwater ecosystems and for the flow of water that others are reliant on.

Despite this, the voices of indigenous peoples have largely been absent in international water policy making. This session offers an opportunity to better understand why indigenous knowledge and voices matter to the water community, and for peoples to have their views heard and worldviews being given increased prominence and respect.

Click here to see to see submissions for the report 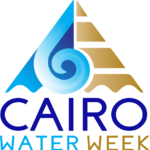 Cairo Water Week 2022 is a preparatory event for the UN Climate Change Conference in Sharm El-Sheikh in November that will also support the UN 2023 Water Conference.

This year's theme is ‘Water at the Heart of the Climate Action.’ Water actors and stakeholders from around the world will gather to discuss climate-water challenges. 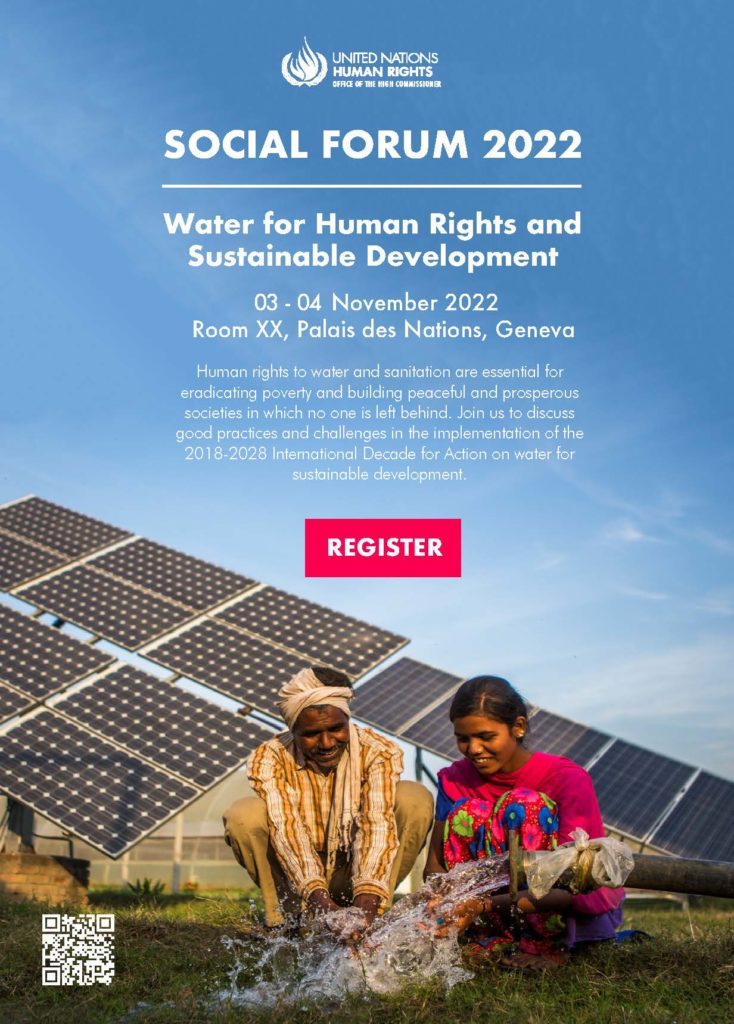 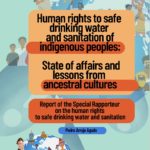 Report: Human rights to safe drinking water and sanitation of
indigenous peoples: state of affairs and lessons from ancestral cultures 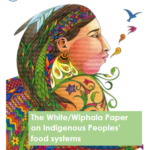 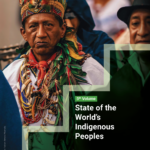 Report: State of the World’s Indigenous Peoples: Rights to Lands, Territories and Resources 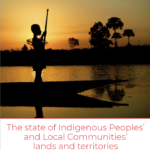 Report: The state of Indigenous Peoples’ and Local Communities’ lands and territories 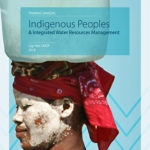 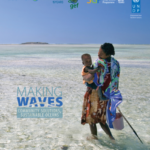 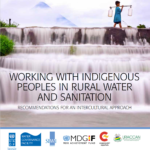 Report: Working with Indigenous Peoples in Rural Water and Sanitation: Recommendations for an Intercultural Approach 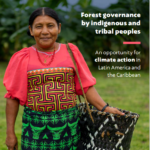 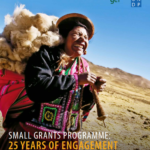