The UN Day marks the anniversary of the entry into force of the Charter of the United Nations in 1945. With the ratification of the document by the signatory countries, including the five permanent members of the Security Council and Brazil, the Organization came into existence formally.

This date was celebrated in Rio de Janeiro, Brazil, together with the International Decade of Afro-descendants which was proclaimed by the UN General Assembly to be observed between 2015 and 2024, when Brazil and 192 countries pledged to face racism. There are approximately 200 million people living in the Americas who identify themselves as Afro-descendants – both people enslaved by the transatlantic trade and more recent migrants – and many are among the poorest and most marginalized groups in society. 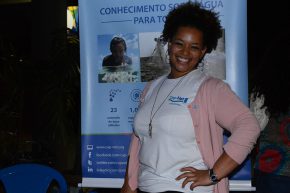 The International Decade of Afro-descendants was celebrated with music and party on the 24th of October 2017. The United Nations Information Center in Brazil (UNIC Rio) held a cultural event with the presentation of a band of African refugees and a musical group from the Baixada Fluminense. 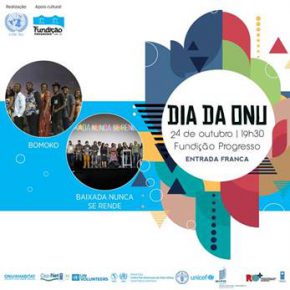 Bomoko, in Lingala, means union. It is also the name of the band of seven musicians and singers refugees from the Democratic Republic of Congo and Angola who currently live in Rio and seek to live professionally from African rhythms. The group includes Angolans Santos Touskul, Ruth Mariana and the Congolese Tony Kanza, Emony Ngolo, Sagrace Lembe Menga, Sandra Mululla and Christian Mbiya. 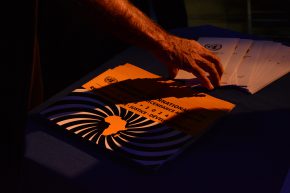 The Band Baixada Nunca se Rende – or BXD DAND is a collective with more than 100 musicians from the region. They use reggae, rock and rap to talk about the beauties and challenges of independent art. The collective has names like Renato Biguli (Monobloco and Head of Nego), Band Spiral Route, Dida Nascimento, DJ Nino Leal and Eddi Mc (Nocaute). The group has collaborated with the UN in publicizing the Sustainable Development Objectives (ODS) of Agenda 2030. ')}